History of the institute

The Institute of Language and Literature named after Abubdullah Rudaki of the National Academy of Sciences of Tajikistan is considered one of the main and most important centers of learning and research and cultural heritage of Tajik nation as a whole. The foundation of the institute belonged to the of the history and linguistics section of the Academy Sciences of Tajikistan. According to the decision of Department of the Academy Sciences of Soviet Union the history and linguistics section was established on March 17, 1932.

However, the activity of this section in Tajikistan actually started to function in November 1933 under the leadership of one of the famous Russian experts E.E. Bertels. On November 19, 1940, on the basis of the history and linguistics section the Tajik branch of the Institute of History, Language and Literature of the Academy of Sciences of the Soviet Union was established the philology section that comprised of two sections - language and literature and folklore. In 1945, with the purpose of regulation and development of bilingual, field and detailed dictionaries there was established dictionary department in the structure of this Institute

From March 4, 1948, the structure of the Institute of History, Language and Literature was reconstructed, and the research departments were converted into departments and according to which each department had separate departments or research groups. In March 1951, by the decision of the Council of Ministers of Tajikistan, jointly with the establishment of the Academy of Sciences of the Republic, the Institute of Language and Literature was established as an independent scientific institution. Its structure consisted of four sections: language section, classical literature section, Soviet literature section and dictionary section. On January 17, 1958, the Department of Oriental Studies and Written Heritage of the Academy of Sciences of Tajikistan was established on the basis of the classical literature section of the Institute. On October 1958, on the occasion of the 1100th anniversary of the greatness of the founder of Tajik Persian literature, Abu Abdullah Rudaki, the Institute was named after him.

The first scientific research of the Tajik language and literature originated in Soviet times in the 20s of the last century.The research of the Tajik language and Tajik literature in the course of discussions on the transformation of the alphabet into Latin and Tajik literary language (1927-1930) was becoming increasingly important. The study of speech issues was the tasks of the Scientific Council of Tajikistan (1927), a research institute under the Inspectorate (Commissariat) of Education of Tajikistan, especially its Tajik sector.

Until the 50s of the last century, highly qualified specialists were raised in almost all fields of Tajik philology. The main topics of the program of the Institute at that time were the following: studying the history of the language and parts of grammar, dialects of the Tajik language; compiling explanatory and bilingual dictionaries, stylistics; researching the theory of lexicology and lexicography; creating phraseological dictionaries; researching issues of poetics, comparative study of the Tajik and Russian languages; collecting and publishing works of folk art; researching folklore genres; search and preparation for publication of literary heritage; research of creativity of individual writers of classical and new periods of Tajik literature and issues of mutual relations of literature. The scientific and research and scientific and organizational activity of the Institute was characterized by deep planning and intervention in the solution of the most important issues of cultural construction in the republic.

The scientific staff of the Institute participated in the solution of all-union topics of the Institute of World Literature named after M. Gorky; Institute of Linguistics and Oriental Studies of the Academy Sciences of the Soviet Union, like  "History of the Literature of the Soviet Union", in six volumes (M., 1969-73), "The Novel in the Literature of Soviet Union" (M., 1985), "Typological study of the Russian language, as the language of friendship and relations between peoples and nations" (1984-1987). Scientific staff of the Institute actively participated in the conduction the International Symposium  named by "Modern Persian Poetry" (1967) and the all-union and regional conferences named by "Influence and Interaction of the Folklore of the Peoples of Central Asia and Kazakhstan" (1969), "Creative Searches in Modern Tajik Literature" (1974), " Sadriddin Ainy and modern literary trends", "Mirzo Tursunzoda and modern literary trends" "Issues of bilingualism and improvement of Russian language education" (1984).

The Institute instructed to organize and hold an annual session of "Solonai Ainy ". Until 2017, scientific sessions of "Solonai Ainy" have been held more than 40 times, and more than 450 scientific reports, information and speeches have been reviewed and discussed. The materials of these sessions are regularly published in the "Jashnnomai Ainy" series. The main tasks of the Institute are: publication of scientific and scientific and public works; publication of documents of the ancient heritage of the past and examples of the oral creativity of the people. In 1941, the Institute published 3 (three) books in the amount of 14 printed items, now it publishes 12-15 works a year, the volume of which is 200-220 printed items. In 1951-86, the Institute published 435 books in the cities of Dushanbe, Moscow, and Leningrad.

To study the literary heritage of modern poets and writers, critical and scientific publications of famous literary figures, as well as perpetuating the memory of great literary figures in different years were created the following literary museums in the structure of Institute: Museum of Sadriddin Aini (1955), Museum of M.Rahimi (1968), Museum of M.Aminzoda in Khujand City (1976), Literary Museum of M.Tursunzade (1978), Museum of A.Lahuti (1980).

During the period of independence, the Institute worked on various scientific and research topics.  In 1992, the Department of History of Language and Literary Language was created after association of the History of Language section with the Department of Literary Language. Since 1995, the department began to research the scientific topic of “Problems of grammar and vocabulary of the Tajik language (synchronic and diachronic research)". The research of this topic is related to various periods of the formation of the Tajik language, especially in the lexis and word-building sectors, and this topic is researched by comparing the periods of the formation of the language based on written sources, and words meanings changes as well as. 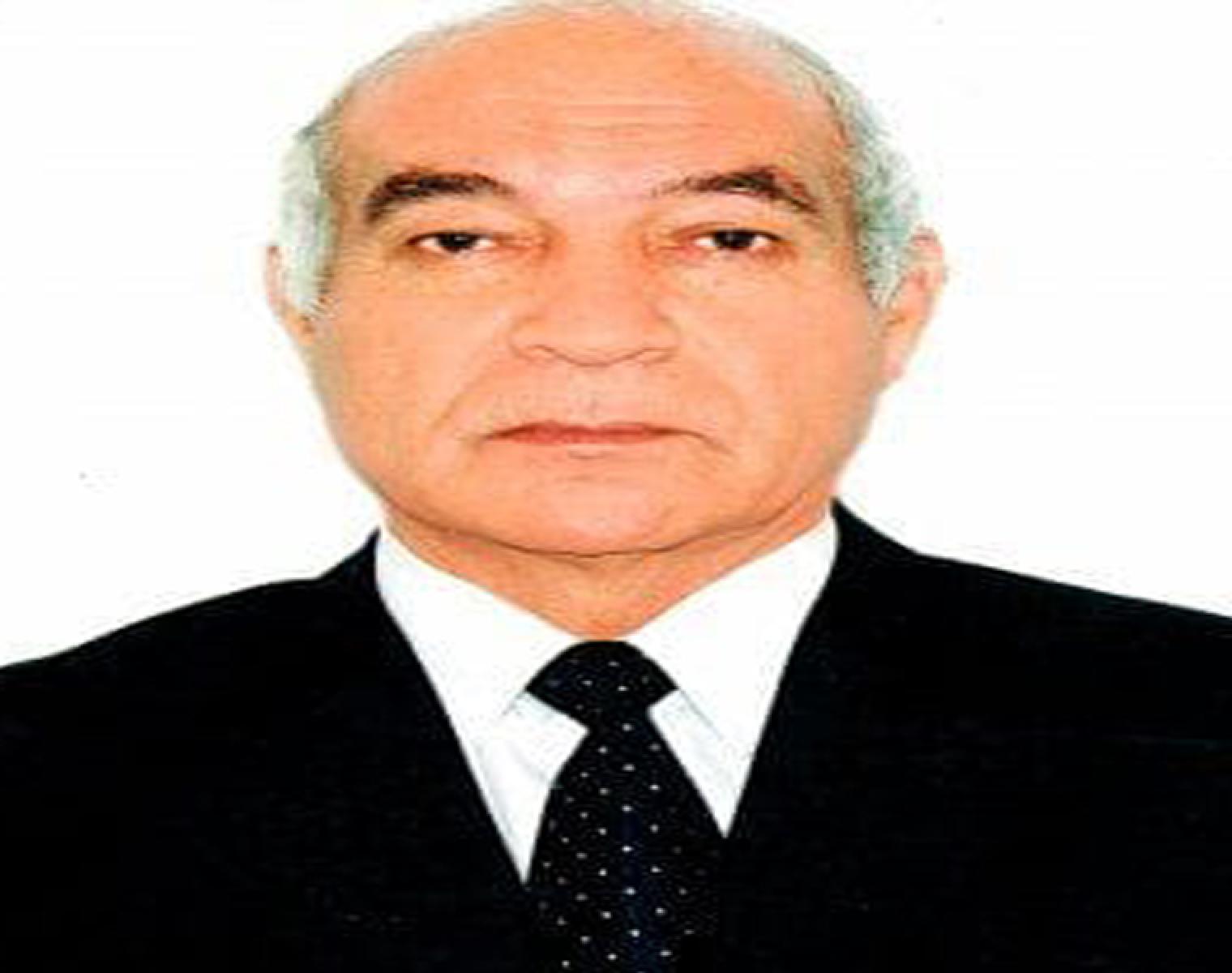 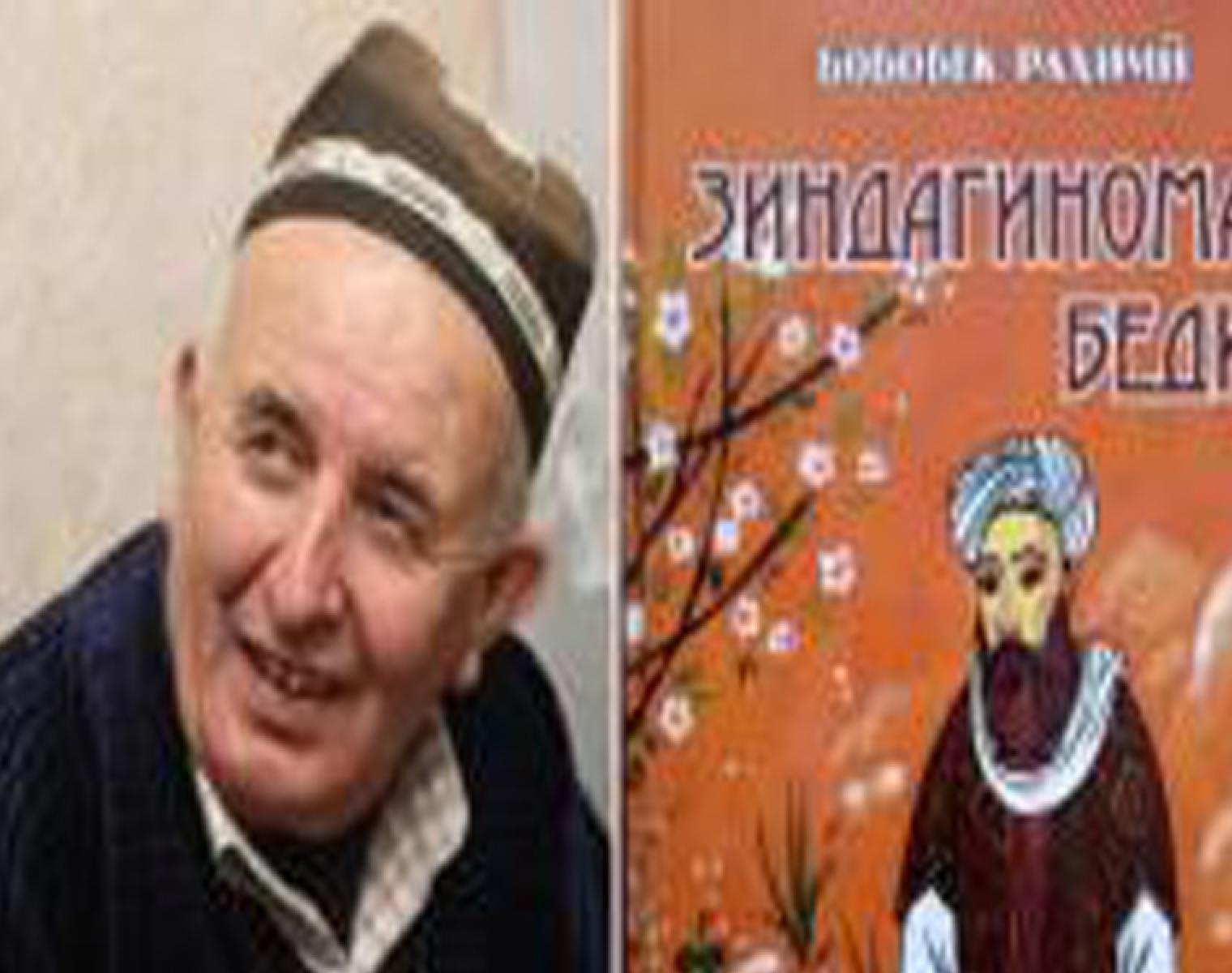 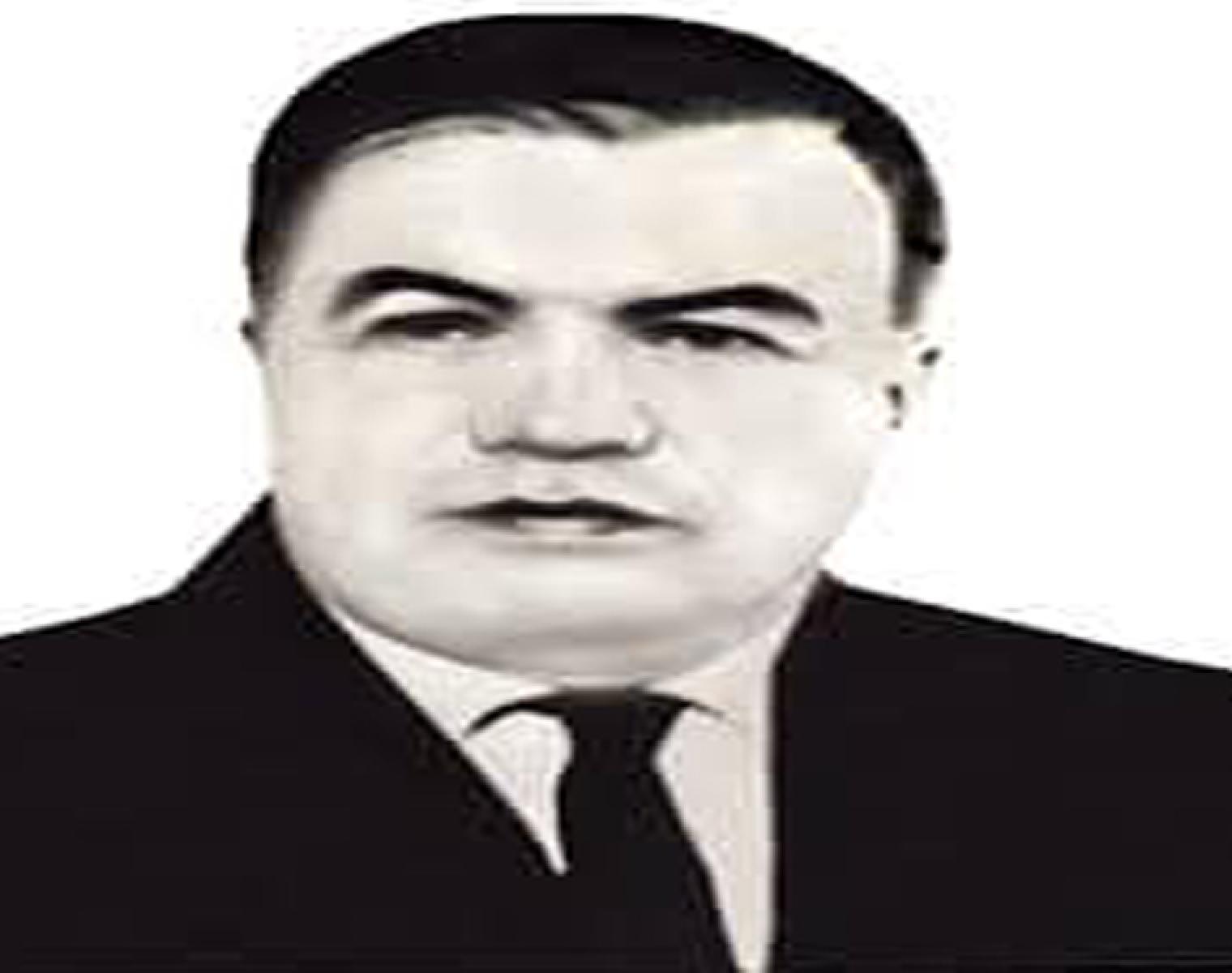 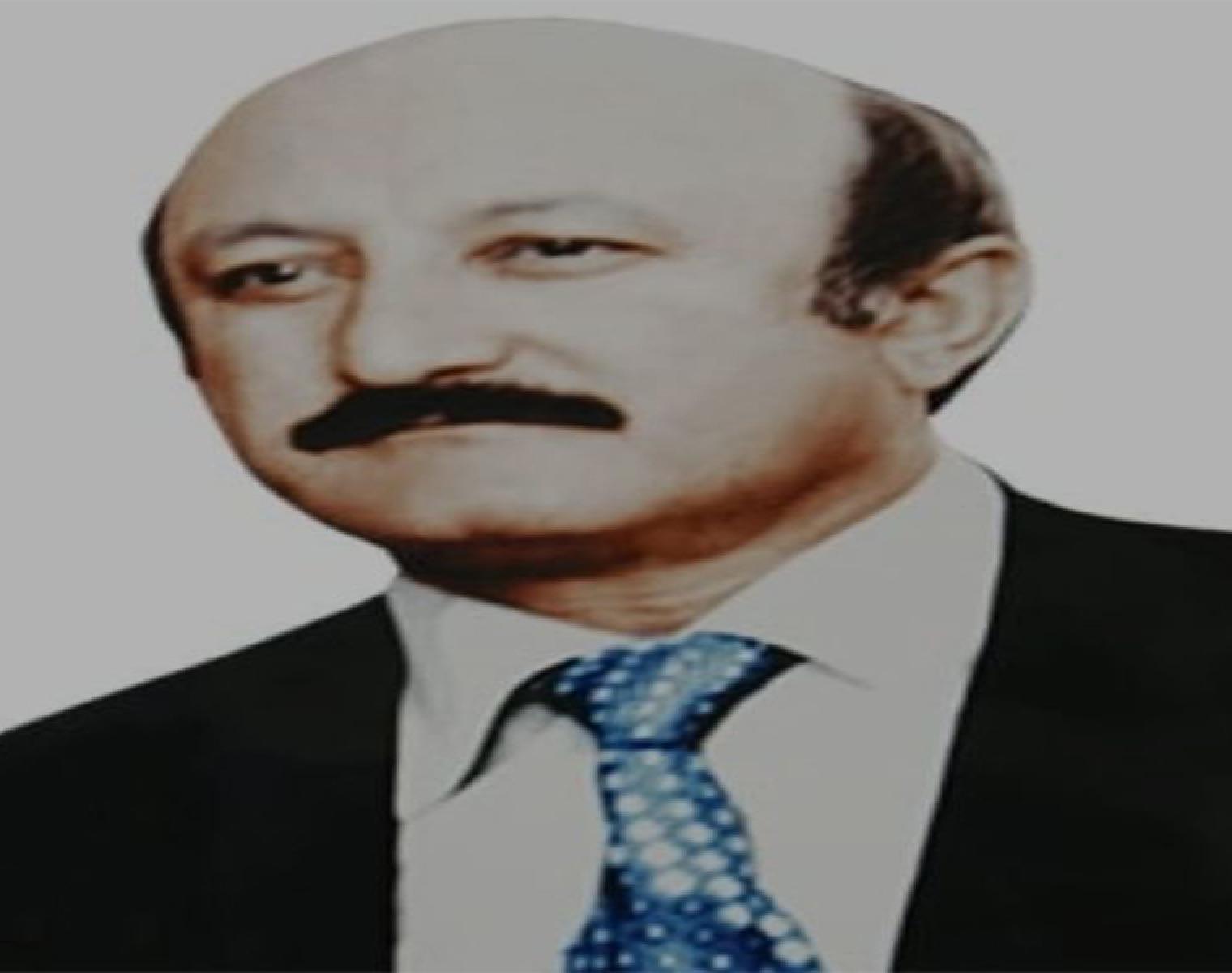 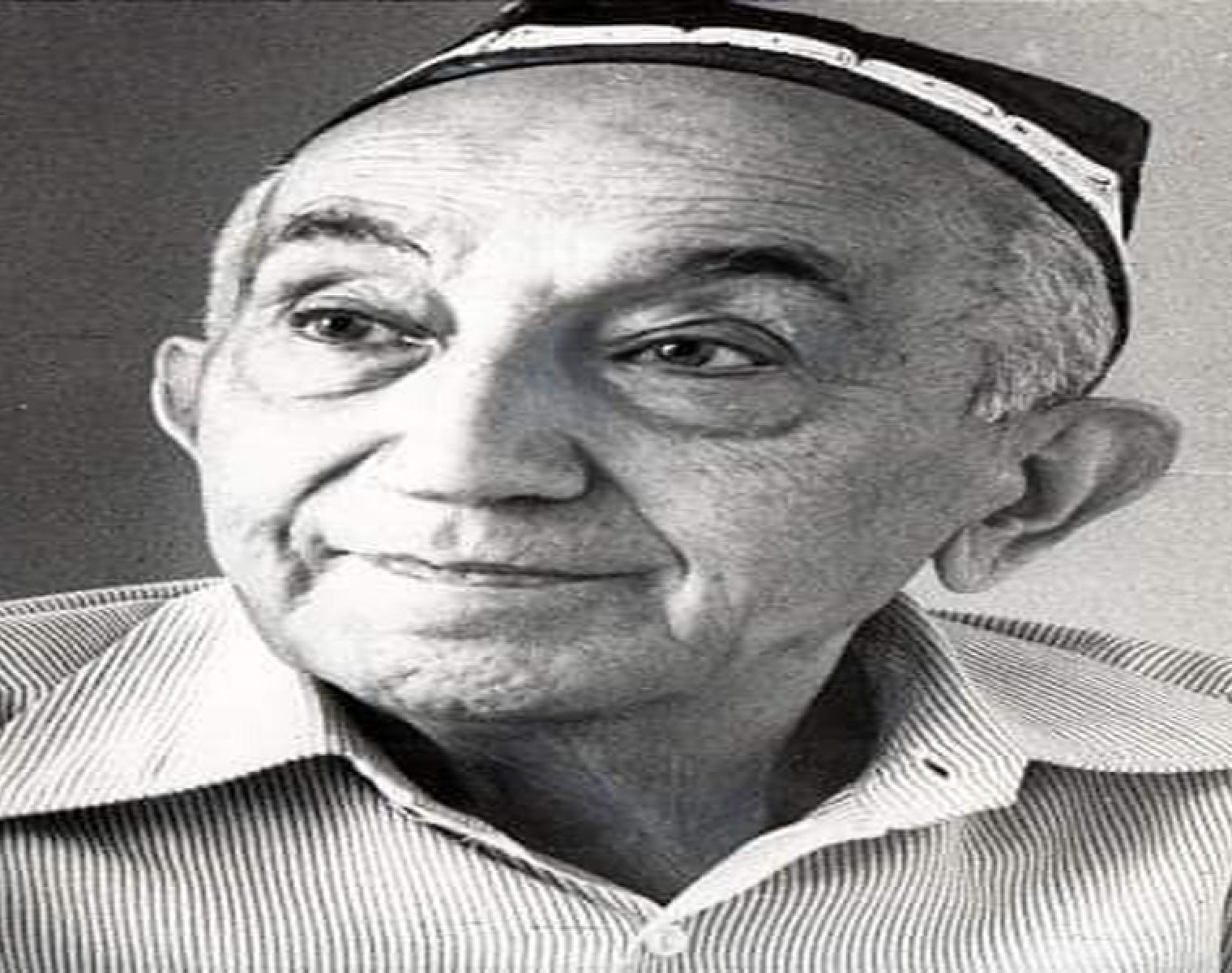 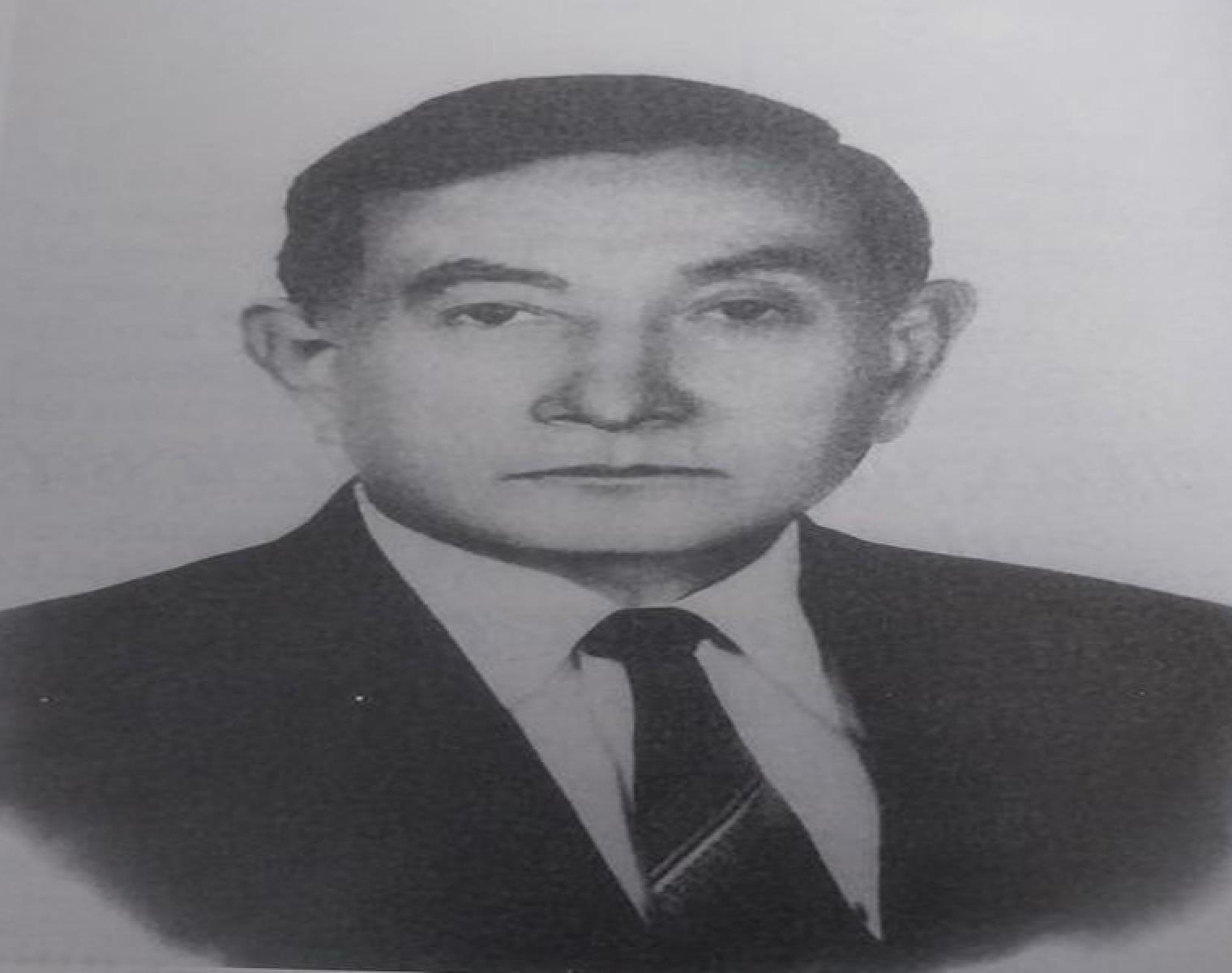 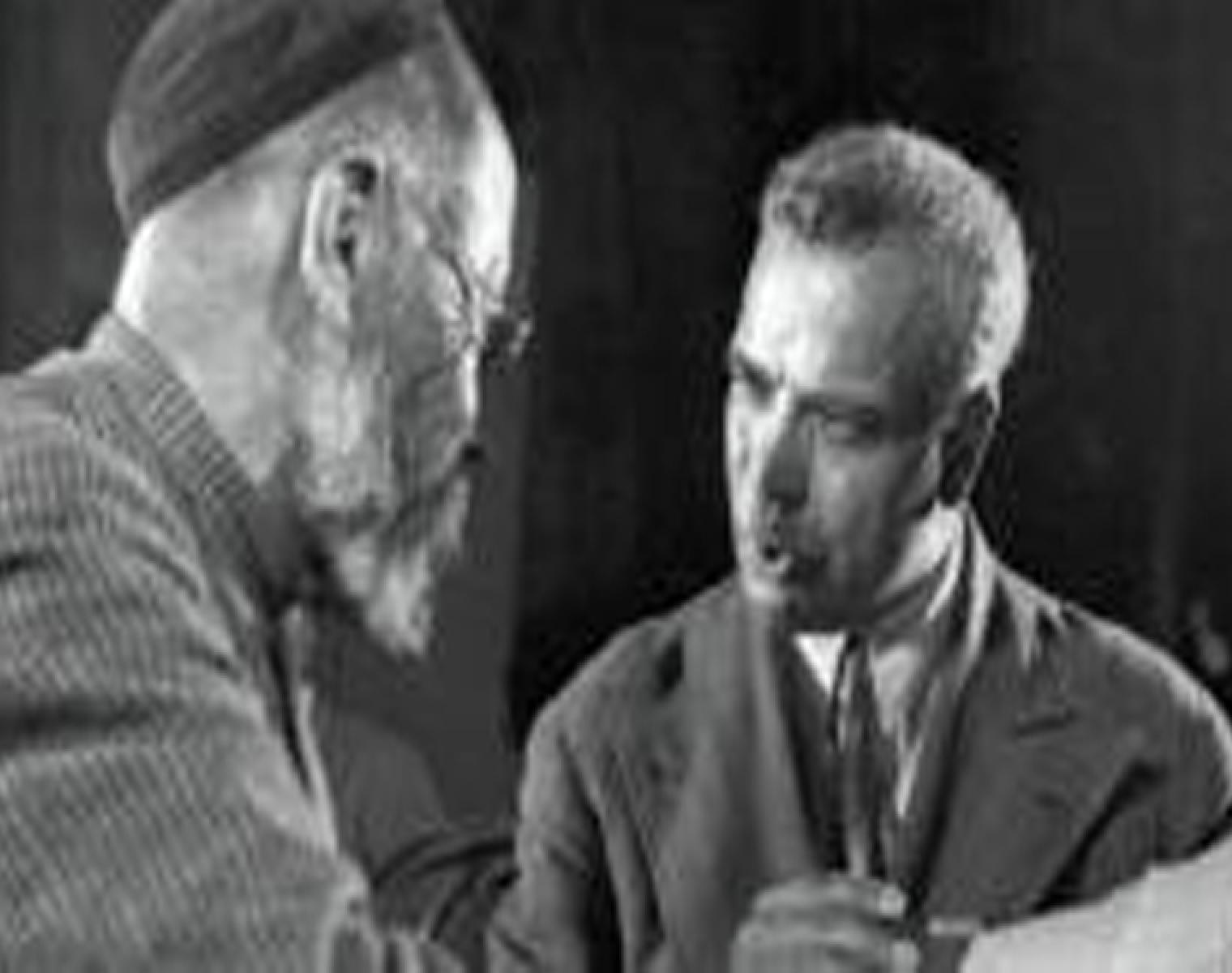 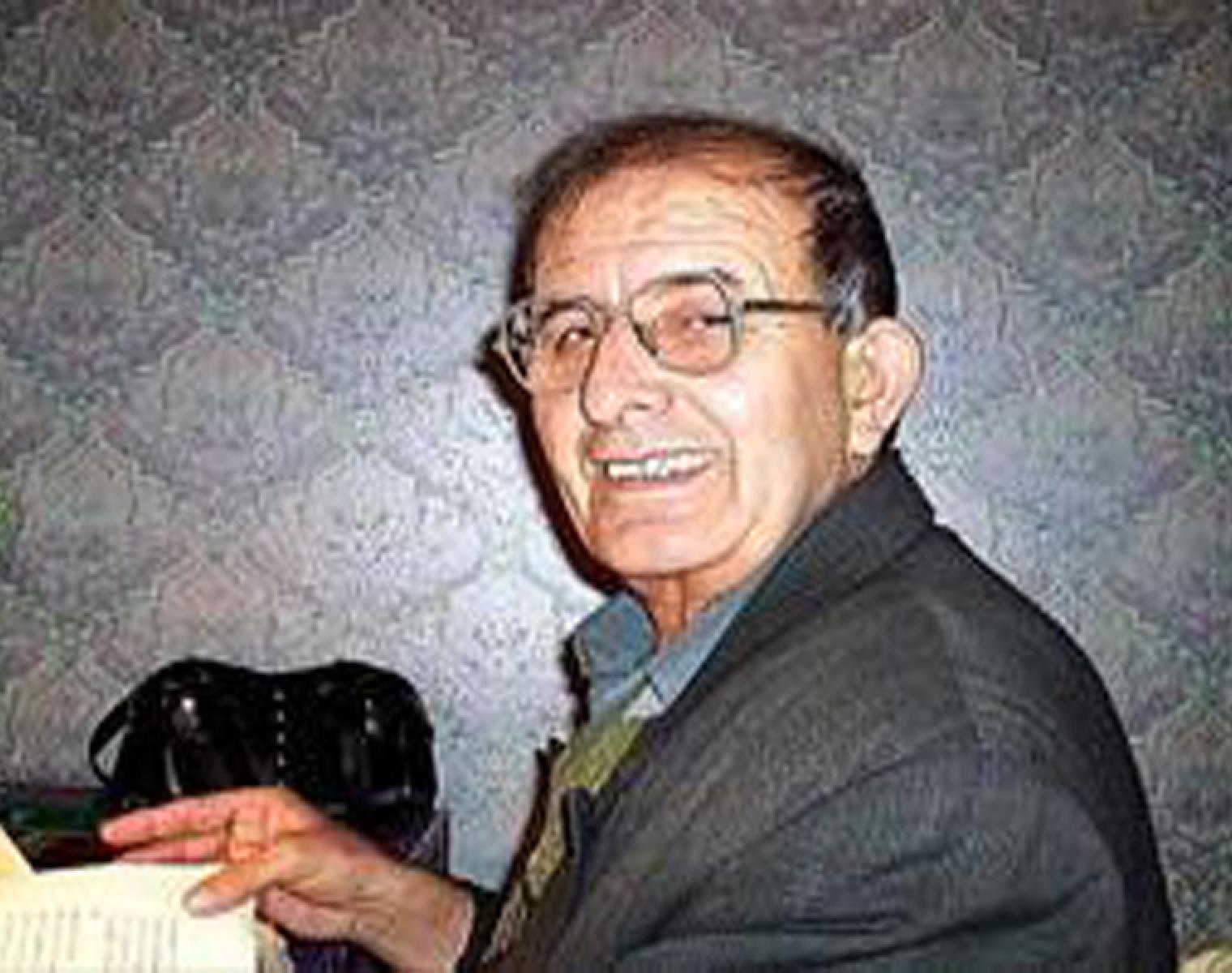 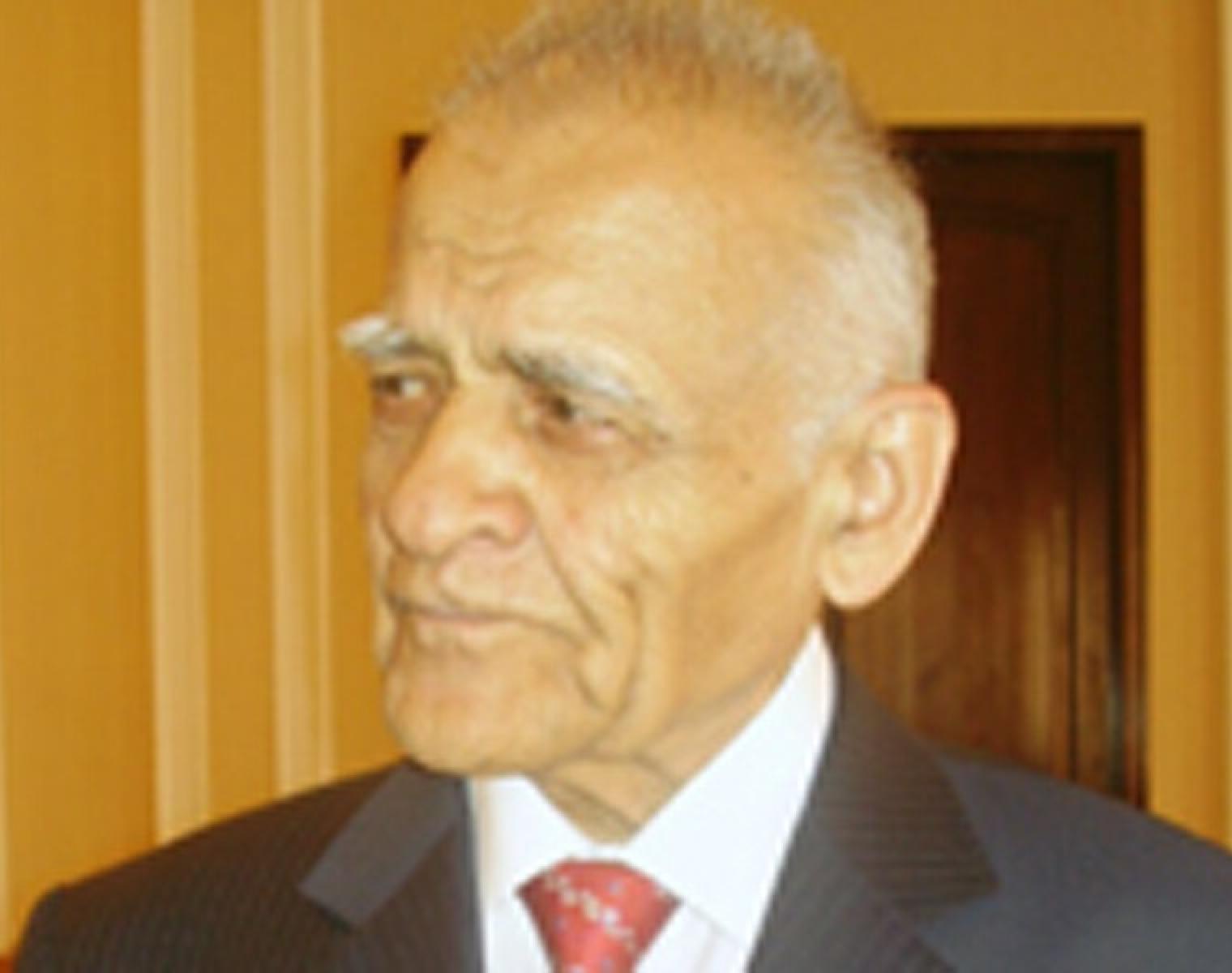 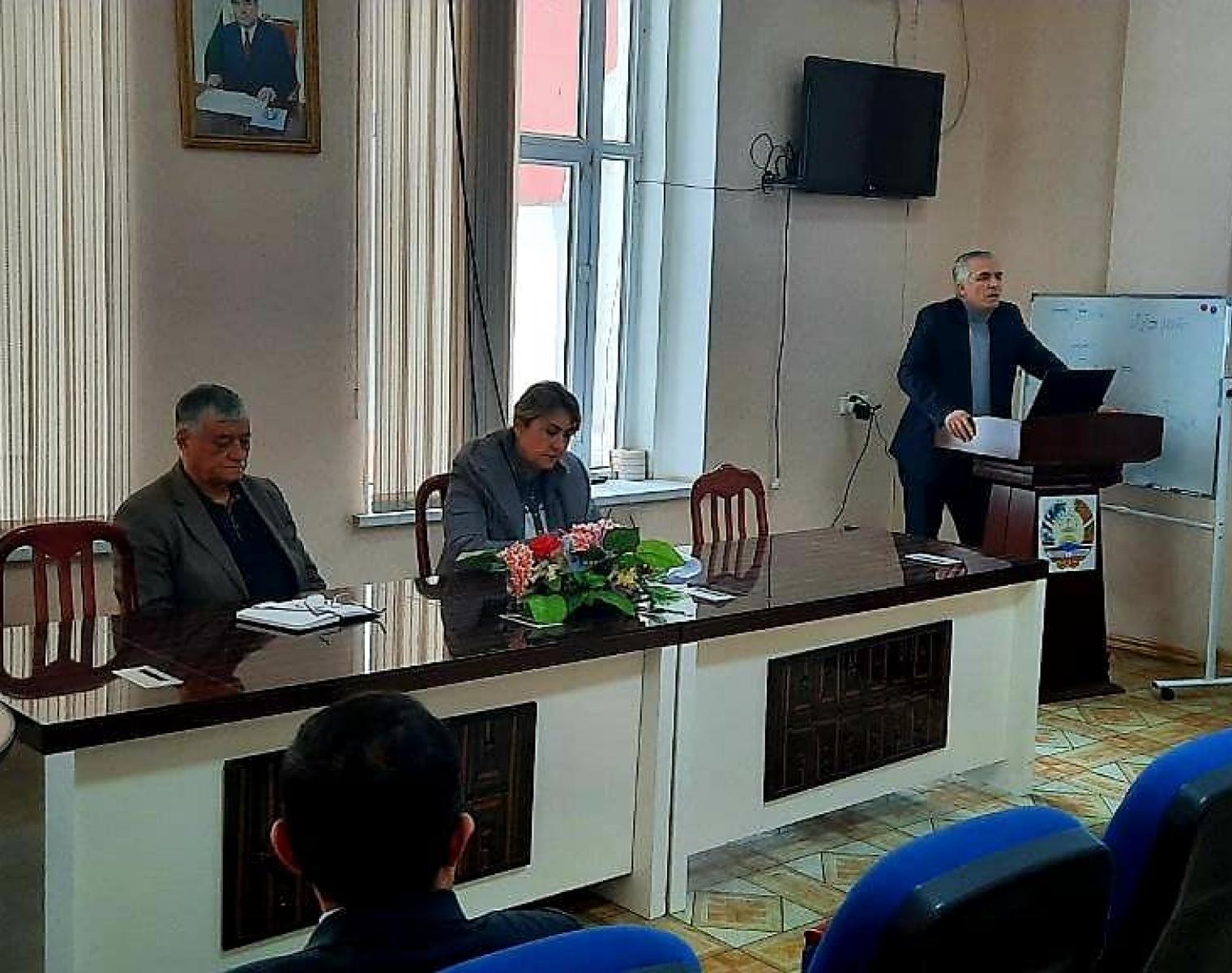 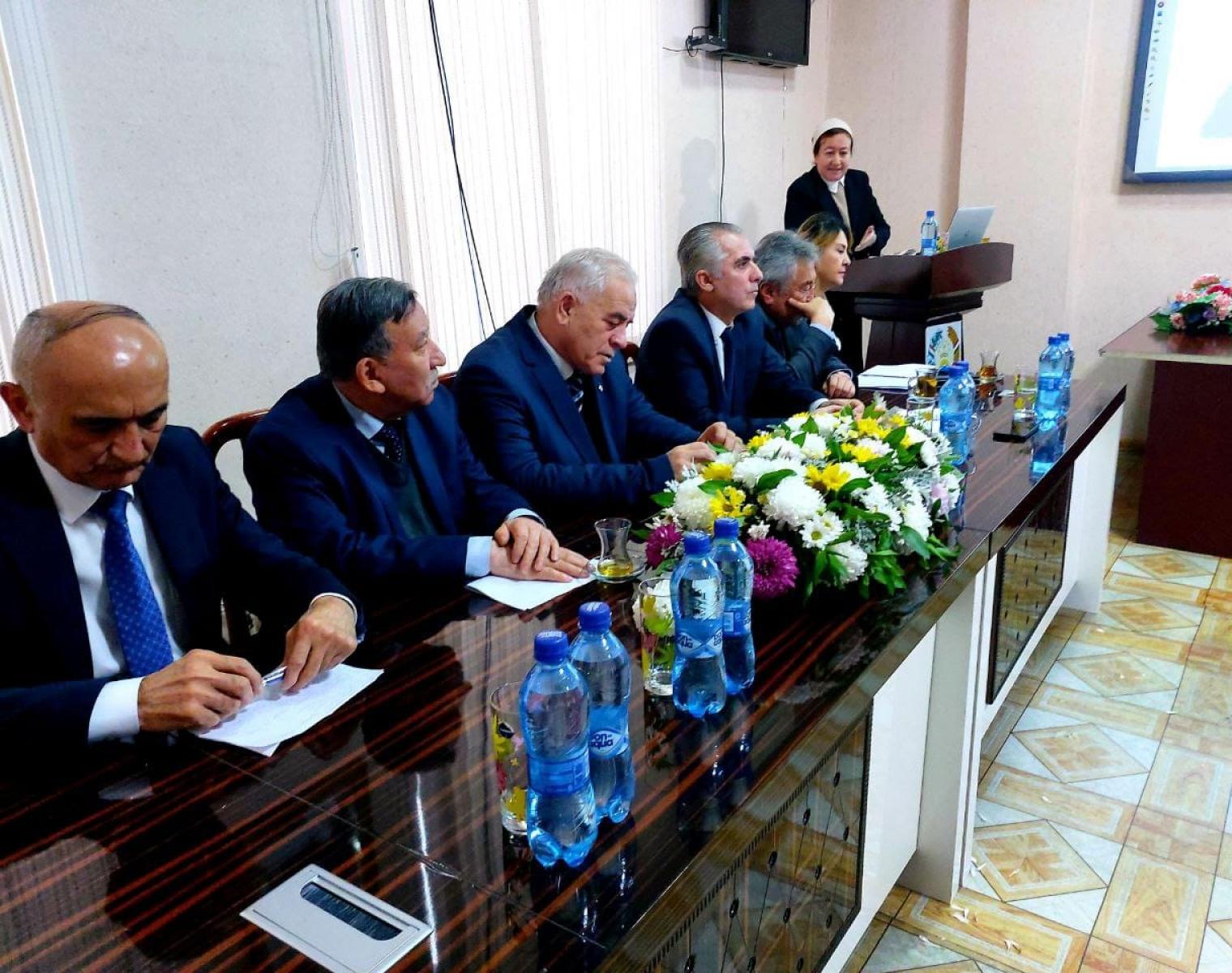 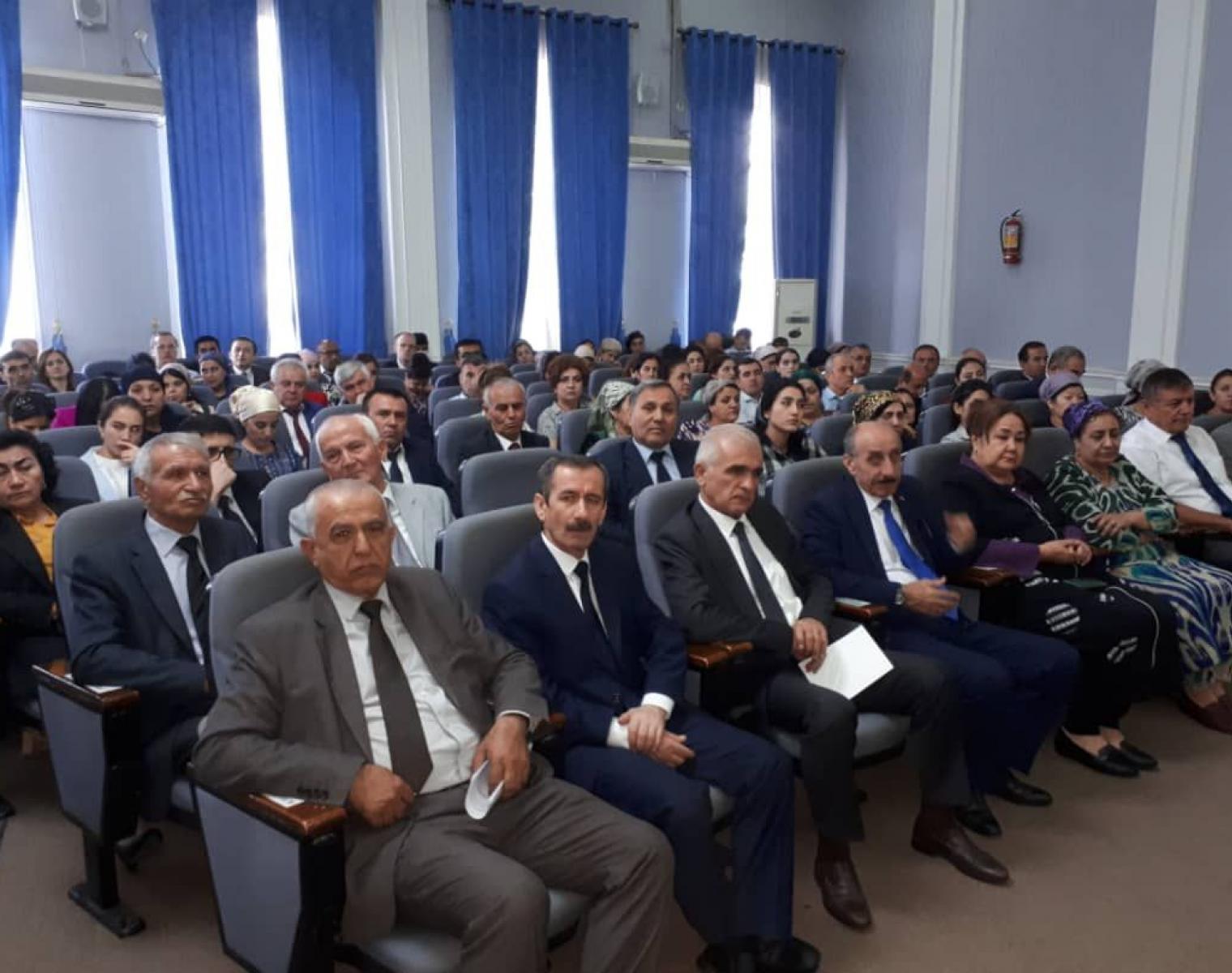